The 30-minute film, Women Between Worlds, directed by Exsul Van Helden, Stevenson University’s associate professor of art, sociologist, and cinematographer, will premiere in spring 2003. The documentary focuses on the struggles of seven immigrant women coming to the United States from around the world.

Van Helden notes that the film will show how these women overcome the difficulties of cultural barriers. The participants include a painter from China, a computer technician from Yugoslavia, a computer information specialist from Senegal, an architect from Lebanon, a secretary from Columbia, a student from Vietnam, and a photographer from Russia. 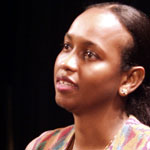 “These women were chosen with the help of the Community Assistance for Immigrants and Refugees, the Department of Human Resources, Maryland’s Human Services Agency, and the Baltimore Resettlement Center,” said Van Helden. Organizations that support immigrant women will use the film to show how these women were able to assimilate into the American culture.

The production will cost about $30,000, said Van Helden. In December 2000, the Maryland Humanities Council granted $9,385 towards the film project. 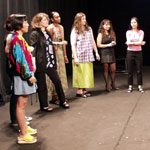 SU history professor Alexander Boulton, Ph. D. and Assistant Professor of English language and literature, Nanette C. Tamer, Ph.D., are also collaborating in the production of the film. Other participants include Fernando Tosti, the film director for the production; Molly Rath, staff writer for The City Paper; Dory Storms Sc. D., senior scientist in International Health at the John Hopkins University; and Edward L. McDill, Ph D., professor of sociology at the John Hopkins University who will help to edit the general structure of the film.

Women Between Worlds will premiere at SU, combining a gallery show debuting works from immigrant artists.

In the future, Van Helden says that there will be a one-hour production for broadcast. The film will emphasize the attitudes of United States citizens towards immigrants. 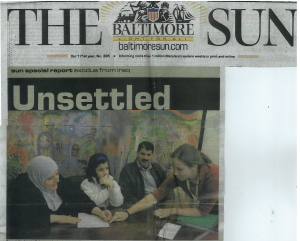